BREAKING NEWS
GMT+2 06:31
Home Editors' Choice The US Exploration Drone has been Targeted by the Iranian Army Air Defense Force 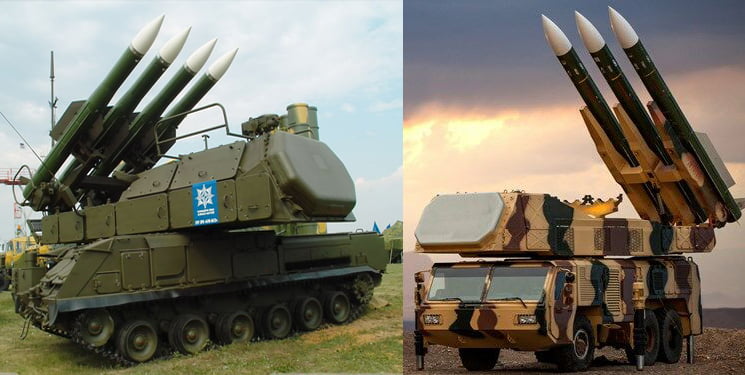 The US Exploration Drone has been Targeted by the Iranian Army

Earlier this June, the commander-in-chief of the armed forces, Ayatollah Khamenei, added air defense to the troops of the Iranian Army and has turned the military’s defense into the 4th branch of the Army of Islamic Republic of Iran.

Air defense includes measures to deal with aerial bombardments, missile attacks, and bridges into the airspace, which in the classic armies of the world, is part of the air force and is a military task.

At the same time, he ordered a new base to be established, named the Khatam-ol-Anbia air defense station.

This new base will work alongside army headquarters and the central base of Khatam-ol-Anbia. But, unlike always, for the command of this new base, he did not go with his usual candidates from the Revolutionary Guard, and this time he chose General Musavi who, at the same time, is the chief commander of the Iranian Army.

According to this decree, all air defense activities, whether in the Iranian Army Air Defense Force or in the Revolutionary Guards Air Force, will be centered in this base and under command of General Musavi.

Also Read: Who Are the 8 Guards Commanders Sanctioned By U.S.

In fact, Khamenei has transferred the IRGC’s missile defense, and air defense activities, to the Iranian Army, with preservation of power.

On Thursday, June 20,  at dawn, an American exploration drone was identified and targeted by the 3rd Khordad defensive system.

At first, the IRGC commander, in an interview broadcasted on state television, declared that this drone was sighted by the Iranian Army. (This interview was broadcast only once from the state television but, in the interviews and news that followed, the army’s role was not mentioned.)

Apart from this interview, which was obviously conducted so hastily, and even the TV presenter made a mistake in announcing the name of the IRGC aerospace force, there are other reasons that can put a light on the Iranian Army’s role in the drone downing incident.

-Hawk Missile System (MIM-23 Hawk), which is the oldest Iranian air defense system, is at the disposal of the Iranian Army.

-The S-300 missile system is at the disposal of the Revolutionary Guards.

-The Bavar missile system, known as Iranian S-300, is at the disposal of the Iranian Army.

The 3rd Khordad Air Defense System, although constructed by the aerospace force of the Islamic Revolutionary Guard Corps, has been completed with Sayyad-2 missiles and launchers that are at the disposal of the Iranian Army.

But contrary to the statements of the IRGC commanders, claiming the 3rd Khordad system to be a native product, this defense system is a montage of BUK-M1 and BUK-M2 systems, a copy of the Russian BUK system.

At the time when Russia wouldn’t deliver the S-300, this system was assembled to defend Iran nuclear bases. But in some maneuvers, such as Muhammad Rasul-allah exercises, this system showed weakness; because in the Russian BUK, 4 missiles were considered but the 3rd Khordad system had only three and couldn’t follow 4 targets at the same time.

In June, after the S-300s were delivered, the 3rd Khordad system was put aside and transferred to the army.

Now the IRGC has only the S-300 air defense systems, which are assigned to protect strategic and sensitive locations of Iran, such as nuclear plants, oil refineries and the capital.

This information shows that the US drone was downed by the system that IRGC claims to build, but the operation was conducted by the Iranian Army.

It seems that, by announcing the IRGC as the responsible force for downing the US drone, the Islamic Republic of Iran is trying to protect the army from plausible consequences, such as sanctions or even designation as a terrorist organization by the US.